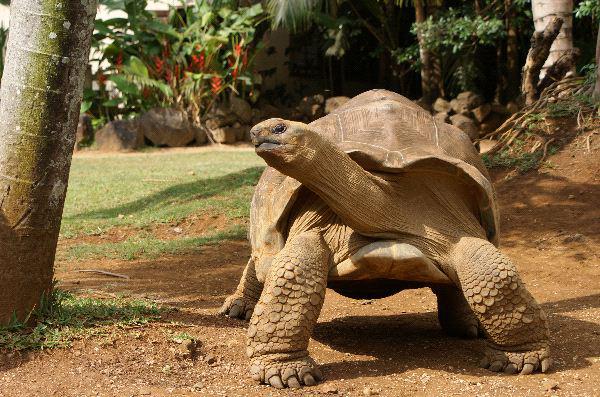 Last Friday was the first day of my 2nd ½ century. I have chosen to enter this next phase of life wholly and in that, I have both excitements and concerns.

One of the many wonderful birthday gifts I received was a book from my oldest daughter, entitled: Alone Together by Sherry Turkle. Given my work in Dialogue at Generon International and as co-founder of iUnplug – a movement with a focus towards better balancing online time with real life activities, I am very familiar with and interested in Turkle’s views.

Amongst other things, Sherry Turkle is the founder and director of the MIT initiative on Technology and Self. I have learned much through this initiative and deeply value and resonate with its research on the digital brain and how this Age of Technology is creating instabilities in how we understand human relationship, community, intimacy and solitude.

Just three pages into the introduction, I was struck by a story Turkle shares with us about a visit to the Museum of Natural History in New York. The author was at the museum with her daughter. At the entrance to one of the exhibits were two live Galapagos tortoises.

After looking at one of the caged turtles for a while, Turkle’s daughter commented that the museum could have used a robot for the display instead of a live turtle. She felt it to be a shame — bringing the tortoise all the way from Galapagos Island — when it was “going to do nothing but sit there in the museum – motionless. In short, this 14-year old girl was “both concerned for the imprisoned turtle and unmoved by its authenticity.”

Turkle was taken back a bit by her daughter’s statement and began talking to other parents and children in the crowd: “Do you care that the turtle is alive?” Most of the children echoed the view of Turkle’s daughter: “For what turtles do; you don’t need to have the live ones”…for these teen-agers, “in this context, aliveness seemed to have no intrinsic value. Rather it is useful only if needed for a specific purpose.”

Curious, Turkle asked the group a second question: If the museum exhibit were to use a robot instead of a live turtle, should people be told the turtle is not alive? The children said no, drawing a conclusion that “data can be shared on a need-to-know basis – for a purpose.” But what are the purposes of living things? It would be only one year later when Turkle would “realize that these purposes were more up for grabs” than she had ever imagined. And you need to read the book for that story…

Just over two weeks ago, I was co-facilitating a workshop for one of our clients, using the principles of Generative Dialogue as the foundation for the entire program. As I was reading Turkle’s story about the Galapagos Tortoise, I was reminded of the first Dialogue session we held with this group. After re-iterating and obtaining agreement on the “rules of engagement” – how we would participate together in Dialogue, I posed my question to the group after which began a long moment of silence.

That first moment of awkward silence in any group is most interesting and very telling. And with this particular group, I noticed much of what I typically observe. Uncertainty. The uneasy shuffling of feet or shifting in chairs. Little eye contact between individuals – most staring down at the floor. A few brave souls looking to others around the circle in a hopeful action that someone will begin talking; yet afraid to put the onus on themselves. And in this group, some people actually referred to their cell phones as a way to distract them from the uncomfortable quiet amongst these colleagues who work together every single day.

After nearly 5 minutes with no talking, one gentleman finally spoke. And he did so in jest. A comic respite; a gesture to get the conversation started; and with it a sense of relief swept over 42 people. At long last, the sound of a voice disrupting 300 very long seconds of silence and the discomfort we all felt in that long moment of being alone together.

We human beings are funny creatures, aren’t we? At the heart of anything we do or want to become is a deep rooted need for acknowledgement. We are gregarious by nature. We are innately social. We want to feel connected – to be in relationship with one another – to be an accepted part of the tribe. We all have meaningful stories to share. We have thoughts, ideas and curiosities. We have questions. We want to be heard and understood.

Yet when given a perfect opportunity to do this very thing – share our thoughts, beliefs and ideas — connect through Dialogue with our closest colleagues – what happens? Awkward silence fueled by the fear that we won’t be acknowledged. That instead someone might chastise or judge us; that we won’t be accepted as a valuable player on the team.

In ancient times, the Galapagos Tortoise was a wisdom seeker — a symbol of the earth, representing a connection with the center. Patience. Self-boundaries. Slowing down. Developing new ideas. And the power to heal. What better icon than this tortoise to represent Generative Dialogue?

In discovering more about this largest species of tortoise, I learned about their behaviors. Spending several hours each morning, basking in the sunlight. How they move – at a very slow and leisurely pace. The meditative state in which they appear to live their lives.

These behaviors might give the impression that this turtle is a very lazy creature. That it spends the majority of each day doing nothing. Quite the contrary. This slow cadence is all part of how this tortoise maintains its energy and keeps its body temperature where it should be. This is necessary work for the tortoise’s survival.

And Generative Dialogue is necessary work for our human survival.

My appeal is that each of us has the power within to make different choices about how we interact with one another. But this excitement is also my concern.

My worry is that as we continually expect more through technology, we will expect less from each other. And strides towards deeper, live, authentic human relationship will become akin to the current state of the Galapagos Tortoise. On the brink of extinction.