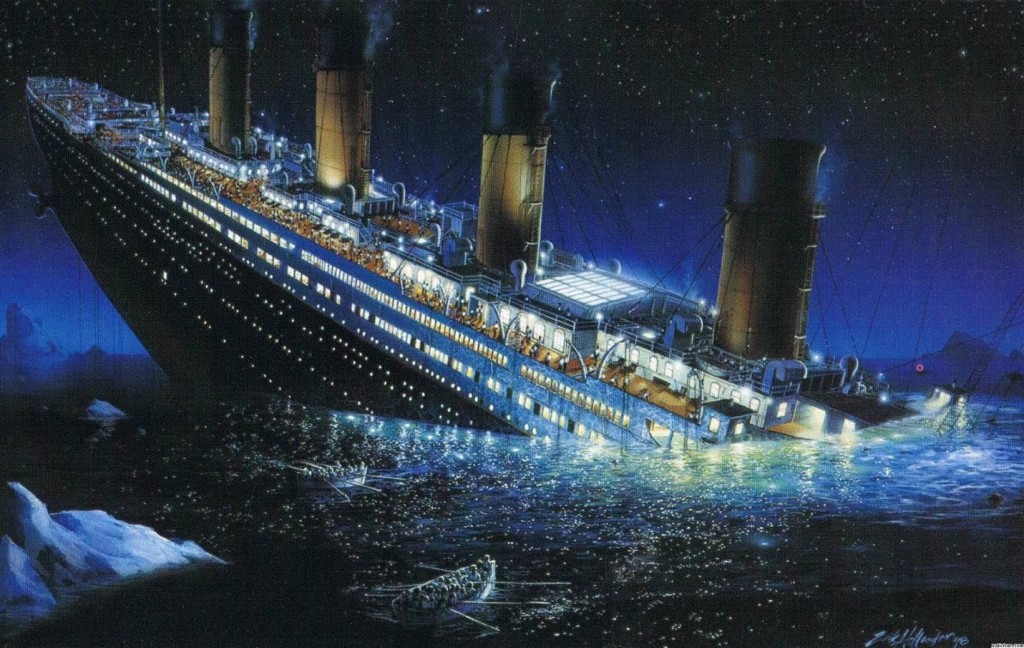 Last month I went on a 10-day cruise – a gift from my parents for my 50th birthday last April. Having never been on a large ship before, you can imagine how thoughts of the Titanic entered my mind on occasion – especially given that on the last day of our cruise, the captain needed to turn the ship around in 62 mph winds and 10 foot waves to participate in the search and rescue of a smaller vessel in distress. Unfortunately that craft was never found.

Safe on land – albeit 6 hours later than originally planned – as I drove from Ft. Lauderdale to Hilton Head, I thought about the Titanic and the one thing everyone believed to be true:

THAT THE SHIP WAS UNSINKABLE

And yet, I was holding a question in my mind. Could this tragedy have prevented?

So upon returning home, I did some research, reading testimonials from some of the survivors of that fateful night in 1912. Here is an excerpt of what I found:

“From a distance, the Titanic looked like the perfect postcard – all lit up on a clear, calm night. Many crewmen reinforced the false sense of security – either intentionally — or because they themselves could not believe the ship was sinking fast.

‘Lifeboats!’ one woman called out. ‘What do they need of lifeboats? This ship could smash a hundred icebergs and not feel it. Ridiculous!’

‘Ladies; this way’, First Officer Murdock called to a small crowd of passengers. There was no response. No one wanted to leave the apparent safety of the solid Titanic for a tiny, frail boat on the North Atlantic.

Denial grew and prevailed for some time among the passengers and crew. This mindset undoubtedly caused many more unnecessary deaths. Since nearly everyone strongly believed the Titanic was invincible, they were unable to perceive reality as it unfolded.”

From the architects and engineers to the crew and passengers themselves, the belief was so strong that the Titanic could not sink, that “they were unable to perceive reality as it unfolded.” The Titanic was sinking; this was the reality. Yet the mindsets of the people on that ship were so strong that they could not see this reality, causing unnecessary loss of human life at sea.

Mindsets Matter. So much so — that in the case of the Titanic – people’s mindsets determined their fate – whether they would live or die…

The Oxford American Dictionary defines mindset as “an established set of attitudes held by someone”, suggesting that often times, we are closed into a certain way of seeing or thinking about things. Conceptions, theories, ideas, or viewpoints are right in front of our eyes — but not perceived in the brain because our mindsets are set. But I think that’s a rather daunting thought.

So here’s the good news:

You can change your mindset!

According to decades of research conducted by Stanford University psychologist, Carol Dweck, it turns out that a set of attitudes needn’t be so set. In Dweck’s book, Mindset, the New Psychology of Success, she explains to us that it’s not just our capabilities and aptitude that bring us success – but how we approach those talents and abilities – with a fixed mindset or a growth mindset.

A fixed mindset is when you approach your faculties with the belief that your intelligence and capacities are permanent, unchanging traits.

A growth mindset is when you approach your faculties, seeing yourself as fluid and agile – with an understanding that you have the ability to change, grow and develop.

The person with a fixed mindset believes that his basic abilities are fixed traits, causing him to go through life avoiding challenge and failure. “I’m not a strategic thinker.” If you believe that you are not good at strategy, you will not put yourself in roles and activities that require strategic thinking.

On the other hand, the person with a growth mindset goes through life understanding that talents and capacities can be developed. The “non-strategic” person is willing to sit in on the strategy meeting even when she initially fails because setbacks are seen as indications to continue learning vs drawing the conclusion “I’m no good.”

Your mindsets can help you or harm you. In the case of the Titanic, mindsets became a matter of life and death.

As this applies to your organization, what beliefs are holding you back?

In what ways are you on the Titanic (fixed mindset)?

In what ways are you on the life boat (growth mindset)?

The way you see the world drives performance. So change your mind and you’ll change the way you perform. Roger Bannister did it when he became the first person to run a sub-4 minute mile more than six decades ago. This was something many felt to be impossible – you were crazy to even try it. Yet in 1954, Bannister was the first to do it. And today there are nearly 1,000 people who have run a sub 4-minute mile.

How did this one man break the record when so many before him failed?

He believed he could.

And once he believed he could, he decided to change things.