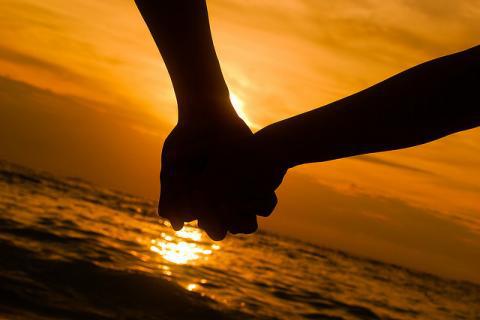 One of the key principles of Generative Dialogue is that of natural rhythm. This can be quite challenging to achieve as many of us are accustomed to using checklists and agendas in our meetings. With these checklists and agendas comes structure and within that structure, we tend to get attached to specific outcomes. If you are looking for Synchronicity or have interest in attaining Flow, you will need to let go of any connection you may have to any specific result. It is as simple and as difficult as that!

Synchronicity is the simultaneous occurrence of events that appear significantly related but have no discernible causal connection — an awareness of the rhythm of seemingly coincidental events occurring in perfect timing – meaningful moments beyond our own planning when positive things happen in an unforeseen way. Synchronicity happens when we are in a greater state of Flow.

This is also true of Generative Dialogue.

Dialogue — like Synchronicity and Flow — has a natural rhythm – an effortless unfolding and enfolding that leads participants to new understanding. Prepared agendas, attachments to outcomes and expectations of solutions are the very things that obstruct Flow. It is only when you are completely present, suspend your assumptions, and listen in a way to fully understand another that Flow can be achieved. The key is to practice recognizing – to be aware of and trust those moments when the Dialogue group is in Flow – those moments when things align flawlessly and effortlessly – when the group feels as if it is of one mind. It is in this natural rhythm of the unfolding that new realities are created and we can receive the magic of Synchronicity.

Like Dialogue, life has a natural rhythm – an effortless unfolding and enfolding that leads us to new understanding through meaning.

When I was a little girl, I spent most of my summer months “down the Shore” in Ocean City, New Jersey. Every single year, it was the same thing: after breakfast, we would go to the beach until about 3 o’clock in the afternoon. Then we would return to the house we were renting for the week; take a frigid outdoor shower; nap; have dinner; and go to the boardwalk at night.

The smell of the Jersey salt air mixed with aromas from Bob’s burgers, Johnson’s hot caramel corn and Mac & Manco’s pizza – the best pizza in the world in my humble opinion — have stayed with me to this day. As have the sights and sounds. There’s nothing like being on the boardwalk at night. The clickety-click of the roller coaster slowly making its way to the top of the track only to rumble down the other side along with the bells, whistles, rings and dings of all the other amusements and arcades, coupled with the screams and laughter of children while in the background, waves roar and seagulls screech overhead.

Most years, we went down the shore with my grandparents who lived in Baltimore. I have fond memories of walking hand-in-hand with my grandfather, as we zigzagged between blankets and umbrellas to the shore line. At the water’s edge, my dad would then take the hand of a slightly hesitant child, guiding me into the water just high enough so that the waves could splash up over my thighs without sweeping me away. Later, as I got older, I would try to jump over the waves as my father tightly held my hand. And a few years after that, I was strong enough to be in the water without the need for my dad to hold me up.

Decades later, I brought my own children to Ocean City. The sights, sounds and smells were the same as was the rhythm of the day. The difference was that my father was now holding the hands of his granddaughters as they excitedly squealed and howled with each oncoming wave. Beach by day; and then the boardwalk at night — my own children riding some of the same amusements I rode as a child.

Just last month, I had the privilege to take my parents on a 16-day trip. This was an exciting moment for me, as my father has been very ill for quite some time. To present an opportunity for Mom and Dad to get out and see the world a little bit came with both a sense of adventure and some trepidation, as we were driving by car on a journey of more than 3,000 miles.

From my home in Hilton Head, South Carolina, our first stop was in Danvers, Massachusetts where my youngest daughter graduated from High School. Then it was off to Cleveland for an event hosted by the Conscious Capitalism Chapter for Northeastern Ohio.

From Cleveland, we traveled to Baltimore for a long overdue visit with family. And from Baltimore, we drove to – you guessed it — Ocean City, New Jersey to celebrate my parents’ birthdays before heading back home.

Prior to June 15, I hadn’t been to the shore in ten years. Yet as soon as we crossed the bridge, it was as if I had never left. We arrived in the afternoon and as I got out of the car to check into the hotel where we were staying, it hit me all at once. The smell of that Jersey salt air; the roar of the waves; the sounds coming from the boardwalk where I knew I would be later that night – all of it – brought me right back to being that excited little girl from years past.

And the next morning…as my dad and I zigzagged between blankets and umbrellas on our way down to the water on his 76th birthday, this time it was he who was hesitant to stand in the waves. So I took his hand and held on tight as we inched our way into the ocean.

And there we stood looking at the horizon – for what seemed an eternity — thigh high – waves splashing.

And in that eternal moment – with the ebb and flow of the tide – came a glimpse of a deeper understanding.