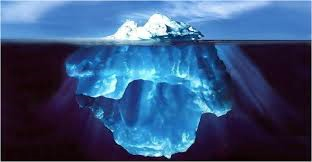 It’s Monday morning. You’re sitting in the weekly Management Team meeting engaged in a discussion around a myriad of topics on the agenda. You get to the subject of the budget. Two Division Presidents are requesting funds for their business unit; but there is only enough money to fund one. Each begins trying to convince the group as to why he deserves those resources over the other. The discussion goes back and forth. Convincing moves to debate. Debate becomes an argument. And eventually, the argument turns to conflict.

People often lack the ability to talk about subjects that matter deeply to them without getting into conflict. As human beings, we are prone to psychological attachment and therefore experience our assumptions, beliefs, opinions and ideas as “truths”. Then when someone disagrees or challenges these “truths”, we feel attacked and forced to defend.

Dialogue is the process of understanding the attachments we have to our assumptions and how those beliefs shape us. It involves sharing our opinions; suspending judgment of others’ views; and creating meaning through words. It is not part of Dialogue to persuade others that any one opinion is right. At the same time, this does not mean that we cannot have strong opinions when participating in Dialogue.

In essence, Dialogue is a discovery process that respectfully explores what each person believes; how those worldviews shape opinions; and the attachments individuals have to those opinions. In Dialogue, we sit and talk with each other in a process of inquiry over advocacy; discovery over persuasion; and exploration over argument.

Our assumptions play a large role in how we make decisions. The failure to recognize our underlying beliefs often leads to unsuccessful problem-solving. The challenge is that these views are so engrained in our ways of thinking that we typically don’t notice them — our assumptions are hidden and often times lie deep below the surface.

Dialogue creates a space for participants to make the unseen visible by consciously observing internal reactions, impulses, emotions and somatic responses as they occur and then suspending them. Learning about the assumptions that exist personally and within the group create an opportunity to explore differences – working towards uncovering the deeper meaning behind them and discover common ground. In short, Dialogue helps to make the unconscious conscious.

Giving pause to your assumptions requires the commitment to authentically notice and examine how your beliefs affect your behavior. Rather than reacting to others’ opinions in a defensive way, Dialogue participants let contrasting views come to the surface so as to examine the underlying meaning. This creates an opportunity for individuals to open themselves to new “truths” instead of defending one’s position and to become aware of things they may not have otherwise seen, building an environment of trust in different points of view.

The mind is like a parachute. It doesn’t work if it is not open.

After a tiring business trip, a young woman arrived at the airport only to discover that her flight was delayed. Trying to make the best of the situation, she decided to go to the newsstand where she purchased a book, a cup of coffee and a small packet containing 5 cookies.

Amidst the crowded airport, the young woman found a seat in the lounge, next to a stranger and began to read her book. Completely absorbed in the story, she took a cookie from the packet along with a sip of her coffee.

A few moments later and to her great surprise, the stranger in the seat next to her calmly took one of the cookies and ate it. Stunned, the young woman couldn’t bring herself to say anything or even look at the gentleman beside her. She continued reading and after a few minutes, slowly picked up and ate the third cookie. Incredibly, the stranger took the fourth cookie and ate it. Then to the woman’s amazement, he picked up the packet and offered her the last cookie.

Well this was just too much to tolerate. Angry and insulted, the young woman picked up her belongings and gave the stranger an irate glare, as she marched off to her gate where her flight was getting ready to board. Still flustered and enraged, she reached inside her bag for her boarding ticket only to discover her unopened packet of cookies.

While this story appears in a number of urban legends, dating back more than 30 years, I think I can safely say that we’ve all been in a similar situation at least once in our lives. You know – that moment in time when you make an assumption about a person or situation instead of asking for clarity.

All too often we choose to assume rather than ask. In the story about the woman at the airport, had she asked the gentleman stranger beside her why he was eating her cookies, she would have learned that it was in fact his cookies she was consuming. And while that may have been a somewhat embarrassing moment, a simple inquiry would have avoided the frustration and rage she felt as she arrived at the gate.

Asking a question feels like a fairly simple thing to do. Yet we choose more often than not to stick with our assumptions. Why?

Assumptions are something we take for granted or presuppose. They stem from our belief system and are therefore hidden — residing in the subconscious. As human beings, we “naturally and regularly use our beliefs as assumptions and make inferences based on those assumptions. We must do so to make sense of where we are; what we are about; and what is happening. Assumptions permeate our lives precisely because we cannot act without them.” (Foundation of Critical Thinking)

When we assume, we close our minds because we believe something to be true regardless of whether or not we know the facts. Couple that with the idea that we have a general tendency to be afraid of asking questions.

Alternatively, when we’re in a state of inquiry, we open our minds. Examining, expanding, probing, and questioning. Yet asking the question isn’t enough. You also must be open to receiving the answer. And this can be very challenging to do because of the attachments we have to our assumptions.

This is where the process of Dialogue is incredibly unique. In Dialogue, we bring awareness to the suppositions we’re making – uncovering what is hidden — making unconscious assumptions conscious – and through new understanding, ultimately change the way we are in relationship with one another.