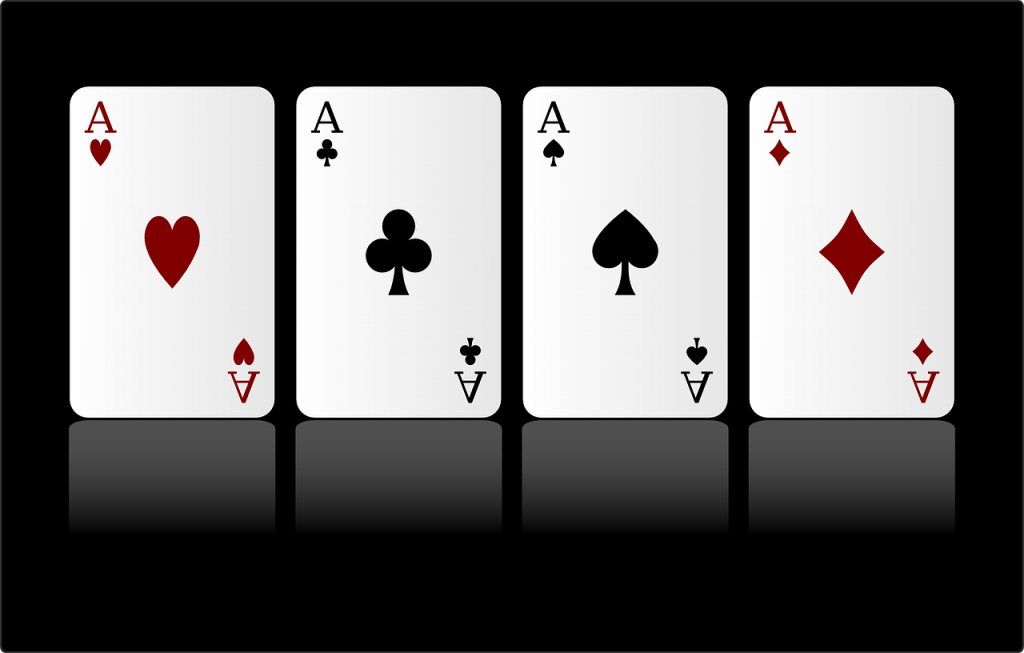 I have two entertainment apps on my iPhone, one of which is Solitaire. Sometimes when I’m waiting to board a plane or riding in the car on a long drive, I’ll play a few games to pass the time. Because I travel a lot, this has added up to exactly 7,821 games played since November 2012.

Solitaire is a one-player game that can be played with 52 cards –and nowadays by computer, pad or smart phone. The first objective is to release and play into position certain cards to build up four “foundation piles” in sequence and in suit from Ace through King. The ultimate objective of the game is to build the whole deck of cards into these foundation piles; and if that can be done, you will have been successful in winning the game.

My dad taught me how to play Solitaire when I was about 6 years old. I’ve been playing ever since. And the more I play, the more I realize that Solitaire is not just a card game. I’ve come to appreciate that Solitaire teaches me about life. As part of this, I’ve also come to understand how Solitaire aligns with the principles of Dialogue and through that, can teach you how to build a better business.

Think of it this way. There are 52 cards in a deck, consisting of 13 cards in each suit of hearts, spades, clubs and diamonds. Let’s call this the “Organization.”

Different people + different views = potential conflict where competition abounds and there is an unconscious need to be right. Dialogue can diffuse this through the principle of respecting judgment where hearts merge with clubs; and clubs merge with spades (etc.) with an intention to learn from one another. With that “cross pollination” comes the realization that better solutions can be discovered via the views and opinions of everyone versus any one suit alone. As demonstrated in the game of Solitaire, each red suit must be matched to a black suit in order to attain the end result of bringing the whole deck together — the release and play of all of the individual suits, working together to create more solid foundations.

In order to achieve the conditions where all views and opinions are respected, you need to examine how you listen. With an intention to learn from one another comes the requirement to actively listen to your colleagues with curiosity and a desire to fully understand another. While many may not realize this, listening is not an external process. Listening is an internal process. It requires you to pay attention to your “inner Dialogue” in an effort to release unconscious assumptions as often as you are capable.

So what does listening have to do with a card game? When you play Solitaire, often times there are several options before you where you can place one of 2 red 4’s on a black 5 (for example). This is coupled with the fact that Solitaire games are timed – at least insofar as the computerized versions. The shorter amount of time it takes for you to create all four foundation piles, the higher your score. So how do you decide which of the red 4’s to place on the black 5?

In today’s volatile high-speed business environment, we are often faced with similar dilemmas with little time to sort through all of the options. This is where listening in a way to create new understandings becomes critical. In an Organization, you can do this by opening up — actively listening to others who are closest to the situation at hand, noticing where there are intersects (or not) with your own views. In the game of Solitaire, however, you are the only player. So you must listen to yourself and trust what emerges.

In business, some plays don’t always lead to victory. This is also true of Solitaire, as some games are impossible to win. So how do you deal with the level of ambiguity that presents itself in this radically complex business environment?

In the process of Dialogue, uncertainty is embraced. This is done by choosing to learn more deeply by releasing what you think you know. You think you know which card to play. And it may be that it’s already at the end of the game when you recognize you should have played a different card. This happens very frequently in Solitaire. You think you’ve made the right play by putting the first red 4 on the black 5, only to discover down the line that you should have played the other red 4. But is this true? There are still 3 cards remaining under the second red 4; and you don’t know what they are. The bottom line is that you can never be 100% certain about a path you’ve taken unless you have the ability to go down both paths at the same time. Which most of us do not.

We live in a world of uncertainty. So it’s probably healthier to embrace it than to resist it. We win some. We lose some. What matters is what we learn from our experiences and how we apply those learnings in navigating our future.

The process of Dialogue is not always easy to achieve. And frankly, from my point of view, Dialogue isn’t even about Dialogue. It’s about the principles that underpin this process and how we choose to use them in our everyday interactions and decision-making. This also isn’t always easy. Things that are truly worthwhile rarely are; they require tolerance and persistence.

And here’s a little trivia for you. In the late 1700’s the game we recognize in the US today as Solitaire had its origins in Scandinavia and was known as the game of Patience.