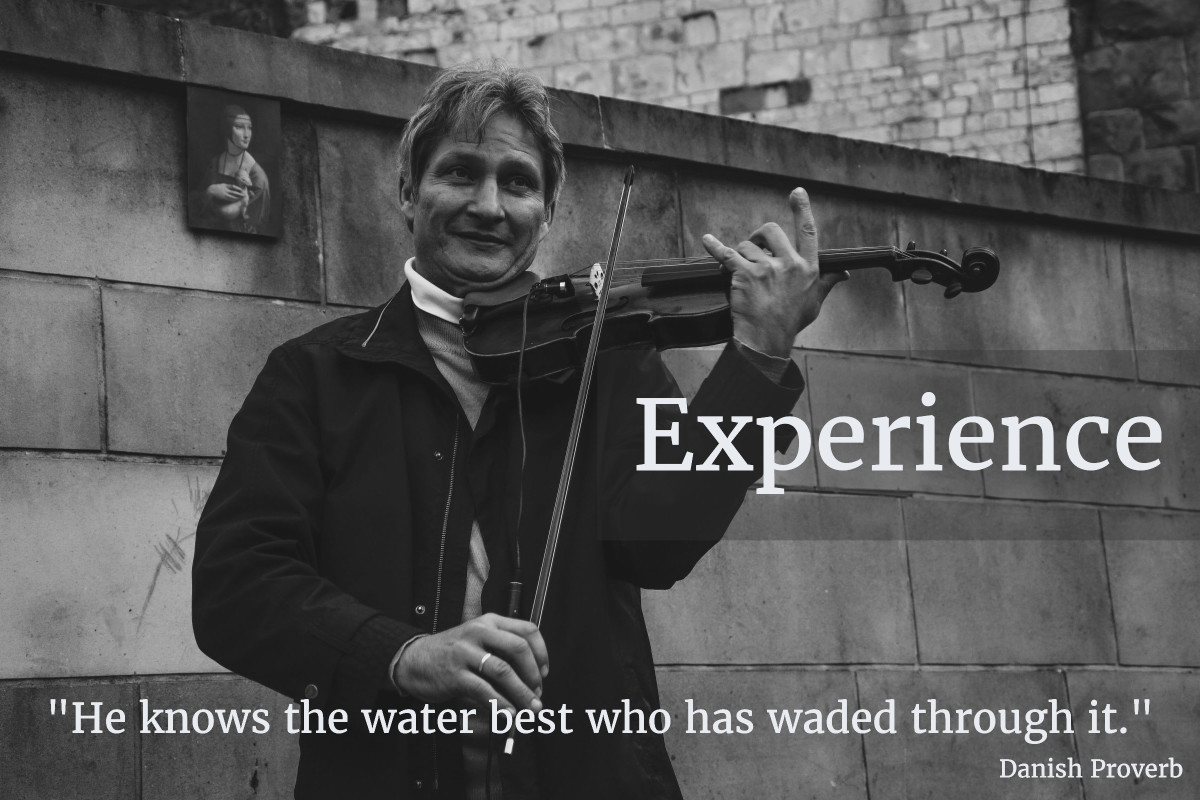 He knows the water best
who has waded through it.

Being able to call upon experience enables us to create and embrace change without being chased by the hounds of doubt. Experience replenishes us much like raindrops work their way into underground reservoirs collecting together into a powerful resource. The benefits of experience coalesce and magnify within our minds, forever strengthening everything we do.

Experience is a touchstone along the path of Generative Dialogue that expands in luminosity as we progress along an at times difficult trek. With each step we take by embracing Dialogue the benefits of experience will be revealed to us as the sun is revealed when the fog melts before our eyes.

A Zen monk once asked the abbot of the monastery a rather bold question. “Why” he asked, “do we need to devote our lives to a meditation practice if we already posses the Buddha nature we seek?” The stone faced abbot smiled slightly and said, “because this Buddha nature you speak of is not your experience.”

We may posses many fine and deep traits and talents, yet if we’ve never developed these traits never toiled to bring them to an unfoldment in the light of day, what use are they?

Communicating using the Dialogue process brings about the benefits of experience and it’s experience that gives us insights to use what we’ve learned. It’s not magic, rather Dialogue is a steep path that requires commitment from every member of the team to move beyond the tired way of doing things and embrace the full range and benefits of experience.

Being able to call upon experience enables us to create and embrace change without being chased by the hounds of doubt. Experience gives to us an accumulation of touchstones that we can easily refer to in the midst of confusion, deadlines and when we find ourselves wandering in the unknown.

Experience does not only exist in a dusty corral named repetition nor is waiting till you're old and full of memories a requirement to reap the benefits of experience. Experience is right here, right now.

The Power of Curiosity

Happiness is a good thing. Yet, both in my professional research and in my personal experience, I’ve observed that when we focus solely on what we think will make us happy, we can lose track of what actually does.

The Opportunity For Creativity 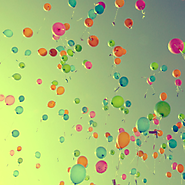 I will ALWAYS listen to my creative voice and give it the OPPORTUNITY to be heard!
Since having done this, my solo performing career has taken off and I inspire people all over the globe with my work and my words
It is this experience that I want to give to anyone who wants it. Anyone out there who needs a nudge, an inspiration, a trick to light a fire under your ass, this is what I'm hoping to give. 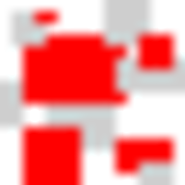 Most people who are involved in community service and service learning
programs are familiar with the term "reflection." In fact, we are all
familiar with reflection... Every time we look in the mirror. The term
"reflection" is derived from the Latin term reflectere -- meaning
"to bend back." A mirror does precisely this, bend back the light, making
visible what is apparent to others, but a mystery to us -- namely, what our
faces look like. catalyst

Embrace The Miracle Of Mistakes

Employee engagement is a problem. To fix it, encourage your workers to break rules and be themselves. We’ll show you who does it right and how you can too.

It’s easy to assume that your current clients are happy. Watch out for these 15 assumptions that can cost you clients you thought were safe.

Walking in Nature Changes the Brain

A walk in the park may soothe the mind and, in the process, change the workings of our brains in ways that improve our mental health.

Randomly visit any company headquarters and once in the front door you’ll feel a low level drum beat extolling Employee Cooperation. Look around for a moment and you’ll see banners hanging from the ceiling with pithy sayings about cooperation and teamwork, upon closer look you may see plaques listing Team of the Month or Cooperation Stars of the Month. Offices and cubicles will be adorned with cartoons, quotes and bobble heads all affirming the power of cooperation among employees.

END_OF_DOCUMENT_TOKEN_TO_BE_REPLACED

For most organizations, building high performance teams is not only a priority; it is a necessity. In today’s unstable and complex business environment, it’s no surprise then that ongoing tensions exist between the demand to produce and the need to cooperate – both of which are required in high performing teams. Yet in my experience, management’s focus tends to be on greater productivity over the need for closer employee cooperation.

But what if you could have both?

END_OF_DOCUMENT_TOKEN_TO_BE_REPLACED 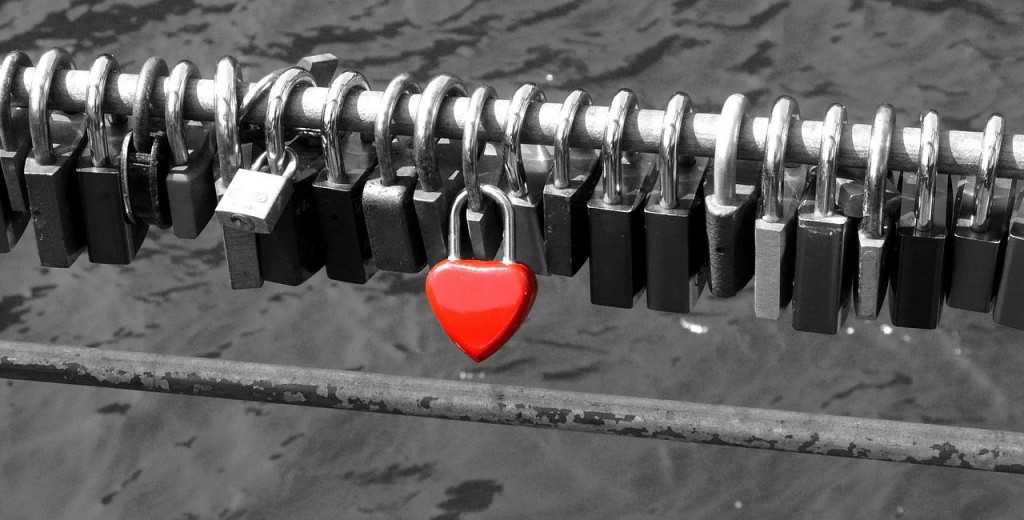 Employee engagement. A hot topic these days. According to Gallup, “only 13% of employees worldwide are engaged at work.” In other words, only 1 out of 8 employees are “psychologically committed to their jobs and likely to be making positive contributions to their organizations.”

Employees worldwide who are not engaged? 63%, meaning they lack motivation; and are therefore less likely to invest “effort in organizational goals or outcomes.”

END_OF_DOCUMENT_TOKEN_TO_BE_REPLACED 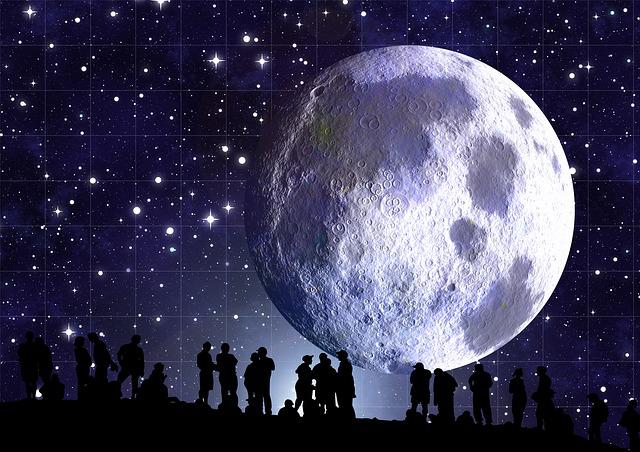 In the Introduction to Bohm’s book, On Dialogue, Peter Senge shares his view of the modern world – a world that “is full of increasingly stunning technological advances and an increasing inability to live together.” The fundamental problem here, according to Bohm, is that “the whole is too much. There is no way by which thought can hold the whole because thought only abstracts; it limits and defines.”

When a group attains Generative Dialogue, “each person is participating – is partaking of the whole meaning of the group and also taking part in it.” Yet we tend to separate or isolate ourselves from whatever is within the whole and therefore cannot take part in it. And this is when we return to abstracting, judging and defending.

We hold different beliefs. We have different identities. And because most of what we see in the world is a projection of our own fears, we make assumptions and judgments and feel a need to defend when others don’t share our world view.

But if the universe is indeed participatory; and if everything and everyone are truly connected, doesn’t that suggest that there are no “good guys” and “bad guys” separate from ourselves? Isn’t it instead that we “all participate in creating the forces that give rise to what exists – both what we value and what we abhor”?

David Bohm’s vision was a different more viable way of living together. As a physicist, he was dedicated to understanding how the universe works. As a human being, he wanted to “bring that same sort of understanding into the center of human affairs.”

The whole may be too much; but we have to try. Because It is through the invitation of Dialogue that we will “test the viability of traditional definitions of what it means to be human and collectively explore the prospect of an enhanced humanity.”